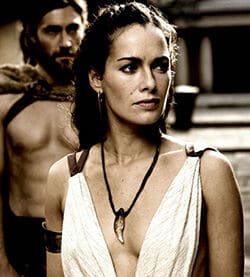 This week, our guest writer, Corrie Block looks at ancient societies and the lessons learned from their women in leadership, and particularly in one of the most ‘feminist’ of all: Sparta.

The value of gender balance in leadership is not a recently discovered phenomenon. It’s not a breakthrough or novel invention of the modern age. In fact, it has been a best practice of forward thinking leaders since early civilization that has been actively suppressed by patriarchies throughout the centuries.

For example, Gorgo of Sparta, one of the characters I discuss in Spartan CEO: Six Pillars of Executive Performance, is one of the more interesting early examples. She was influential, intelligent, and strong.

She lived between the 6th and 5th Centuries BCE, and was an excellent Queen during a difficult time, when Sparta was poor, the average lifespan was 40 years, and the country was under constant attack.

A leader known for her abilities

In a time and place when histories were written by men, for men, and about men, Gorgo takes a shining place among the heros in Herodotus’ ancient Histories. She was the daughter, wife, and mother of three kings of Sparta, but did not define herself by her relationships with the male leaders around her.

She made a name for herself in leadership and was given the respect due to any leader of Sparta. Starting at the age of eight, she is said to have developed her leadership influence by leading her father King Cleomenes I to avoid participation in the Ionian Revolt.

She spent her entire life in leadership positions, and known for her intelligence.

For instance, ahead of the Persian invasion of Greece, an exile named Demaratus sent a message to Sparta to warn Leonidas of the coming war. The message was sensitive, and so it was engraved on a wooden tablet and covered with wax. No one could determine what was meant by the wax-covered wood—that is, until Gorgo saw it and discovered that once the wax was scraped off, the message could be read. The warning gave the Spartans time to recruit and prepare their defence. For that discovery, she has been credited as being the world’s first female cryptanalyst (Kahn, 1996).

Her strength, and her view of the strength of women in her culture was also well renowned.

The Parallel Lives by another ancient historian, Plutarch, records an interesting supra patriarchal exchange in which a foreign woman remarked to Gorgo:

Why are you Spartan women the only ones who can rule men?

…. Because we are also the only ones who give birth to men.

Queen Gorgo, according to Plutarch

The implications of this exchange is that the women of her culture were viewed as equals in leadership with their male leaders.

A Queen and a ruler

She ruled both as a Queen and as a regular contributor to the government of Sparta. She is noted in Herodotus’s works as a presence in the court and advisor to the king (Knox, Bowersock, & Burkert, 1979). It’s a simplistic reduction to say that her stance on women in leadership was two millennia ahead of her time. But this would be a false assumption.

Her leadership was a feature of her time

Gender parity in leadership has been a feature of strong cultures like Sparta for more than 2500 years. She was preceded by other great queens like Hatshepsut of Egypt and the famous Queen of Sheba.

In fact, all women had a seat at the table in Spartan society. Unlike their Athenian counterparts, Spartan women could legally own and inherit property and received a public education. the exercised, participated in competitions and were participating in commerce and production since Spartan men were dedicated to The Art of War and to the protection of the City from teenage years onwards.

There’s nothing new about gender parity or women in leadership as a best practice.

What’s new is that in our modern world we are finally taking a more proactive approach to maximizing the benefits of what we’ve known for thousands of years to be a successful leadership policy.

Find out more about Corrie in our Contributor’s page