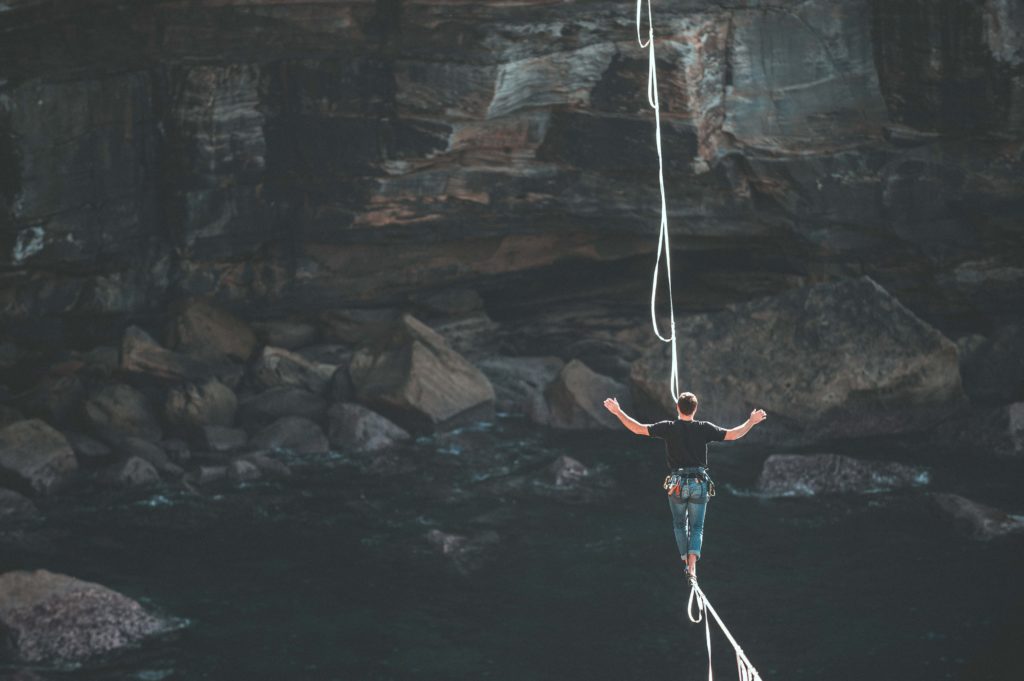 This post is part of a series on Female entrepreneurship, analysing if and how gender is relevant when it comes to entrepreneurship. This week, Romain looks at the roots of risk taking in female mindset construct.

I had the chance to meet extraordinary female entrepreneurs, throughout my career. They were really fast at making decisions, but unlike their male counterparts these decisions were not driven by an aggressive mindset, and following a more comprehensive process.

Often the male leaders I worked with based their decisions without full perspective on the problem in front of them, in a reactive mode, for fear of losing over a potential outcome, competitor, situation, etc. Same thing when it comes to the capacity to bet their company’s future on opportunities. I witnessed men willingly putting their company at great risk on a bet that could endanger their company beyond repair.

I think the reason behind that lies in a mix of nurture and nature.

Some individuals, regardless of gender, are hardwired for conflict and show aggressive and risk taking behaviors while other individuals will naturally avoid confrontation and uneasy situations.

On the other hand, education plays a major role in the development of risk taking behaviour and can be traced back to childhood.

Studies show that mothers speak almost 3 times more to their infants than fathers. This creates an unbalanced communication relationship between infants and their parents , that arguably could be the soil for gender differences in behaviour later down the road.

In addition to having an increased communication bandwidth with their children, mothers use a higher proportion of emotional words than fathers. Since daughters will naturally imitate more their mothers linguistic style than boys, we can see emerging a clear difference in language acquisition and emotional intelligence from 18 months onwards.

.. is reinforcing gender “training” from one generation to another

If we follow the assumption that children will replicate the behavior of the same-gender parent, then we can make the point that from early on, we “train” boys and girls to express themselves very differently.

What could be the by-product of such disparities of communication from an early age? Can we link aggressive behaviors with language skills? Studies show a modest correlation between aggressive behavior and language performance between the age of 17 and 41 months but not afterwards.

Nonetheless, I wonder if that correlation between language and behaviour might be the scaffolding of a gender lens behaviour, watered down by mixed gender school years.

It would be interesting to observe differences in all boys/all girls school to see if this difference follows the same path.

Males are born with a numerical advantage, an advantage that decreases over time: 105 boys for every 100 girls.

From there, numbers are not favorable to male: boys are up to twice more likely to die than girls due to an accidental death across all age groups from zero to 20 years old.

In reality, a combination of factors can be linked to this higher proportion to early death. But we cannot exclude the elephant in the room.

Some masculinity-linked behaviors are the core of that statistic.  Gender differences in our societies perpetuate an association of masculinity with risk-taking.

In the same way a small correction at the launch of a rocket results in large trajectory changes, I think that the many inputs we give our children might result in great differences in their identity construct once they reach adulthood.

As a father of twin toddlers (a boy and a girl), my wife and I are conscious about the “experiment” of parenting our children with as least biases as possible.

Your can connect with Romain on Linkedin

Child death accident is higher in boys than girls